At the facility we have a fully equipped preclinical laboratory with 3 small animal scanners. In addition we have a radiochemistry laboratory and a cell lab.

From 1st of May 2017 and onward the following prices apply for academic research. Due to generous funding all academic prices are substantially subsidised.

We offer expertise in radiolabelling and a radiochemistry laboratory with shielded fume hoods equipped with heating blocks to radiolabel small molecules and macromolecules for molecular imaging. We work with a range of different PET and SPECT radionuclides (see below). For purification and analysis we have two HPLC systems.

Do you have a small molecule in your project you want to label? Please get in contact with us as early as possible in your development process so we can discuss your needs and how to incorporate radiolabelling chemistry strategies.

Uppsala PET centre at the University Hospital produces range of 11C-labelled PET tracers in the routine production such as methionine, hydroxytryptophane, PIB. In addition, in principle any tracer synthesis can be setup for preclinical and clinical trials provided the precursor and reference compund are available in reasonable amounts. Uppsala PET Centre and Uppsala University is well recognised for the innovation and development of [11C]methyl iodide and [11C]carbon monoxide labelling chemistry.

Fluorine-18 is very versatile for labelling of small molecules and in used in many routine PET tracers such as FDG, FMISO and FLT. Such routine traces can sometimes be obtained form the Uppsala PET Centre. We also develop own labelling protocols for cusoms molecules with 18F. The conditions required is often a bit harsch so the labelling is often performed in multiple steps and with the use of protecting groups. Therefore the chemical route of labelling requires careful design.

Many labelling agents have been developed for radiolabelling macromolecules with 18F. One of the major recent discoveries is the aluminium-fluoride chemistry known as Al18F. Aluminium-fluoride can be stably chelated into a D2OA-group. This particular chelator also allows 68Ga and 111In to be tested using the same precursor without any further modifications. In such a way 3 different radionuclides can be tested with limited chemistry development.

Gallium is one of the most verstile radionuclides for labelling of small peptides. We have our own preclinical 68Ge/68Ga-generator that can be eluted 2-3 times daily. Uppsala PET Centre have facilities to produce 68Ga-tracers under cGMP conditions for clinical reserach.

Larger molcules such as proteins often have slower kinetics in vivo and therefore a radionuclide with longer halflife is required. Typically the radionuclde inocorporation can be performed using Desferrioxamine B (DFO) bioconjugates at room temperature and pH 6.8-7.2.

Peptides, protein and other macromolecules functionalised with a chelator such as DTPA, DOTA, NOTA or NODAGA can be radiolabelled with standard protocols.

Similar protocols can be used for all radio iodine, however, individual optimisation might be required due to different contaminants during the radionuclide production. In our laboratory we extensively use iodine-125 to radiolabel proteins for initial SPECT studies, and iodine-124 for PET-studies.

Used with chelators such as DOTA and DTPA. Used for both imaging and radiotherapy studies.

We use a cryostate for sectioning of organs or tumours into thin slices which can be applied to a piece of glass.

The animal is sacrificed and the organs are immediately frozen and sliced with the cryostate.

The amonunt of intact tracer is an important parameter when performing kinetic modelling. That can be obtained by analysing samples of blood, urine and homogenized organ extracts by radio-HPLC.

This is the heart of PPP and we have three modern small animal scanners for PET, SPECT, MRI and CT. Contact us for more details.

Translational studies - From bench to bedside

In October 23, 2014, Sweden’s first human PET-MRI equipment was inaugurated at Uppsala University Hospital. The nationally available human equipment funded by a grant from the Swedish Research Council will for example be used for whole body examinations to for instance detect tumours and evaluate therapies.

The non-invasiveness of PET-MRI investigations allows rapid translation between the preclinical and the clinical setting. Only minute amounts of radiolabelled compound (far below pharmacological doses) are required to be administered for clinical imaging due to the high sensitivity of modern PET scanners (the principle of “microdosing”). This means that the risk of adverse effects is greatly diminished.

More information about ongoing radiology research at the Department of Surgical Sciences.

PPP has a close collaboration with Uppsala PET Centre that grants a smooth translation between preclinical and human research. Uppsala PET Centre has a long history of PET tracer development with carbon-11, fluorine-18 and gallium-68. Uppsala PET Centre have clinical expertise, linking pathophysiology with the disease using PET, skilled radiochemists and in addition expertise in data acquisition, correction, and modelling for kinetic analysis.

The PET centre is using the following equipment; 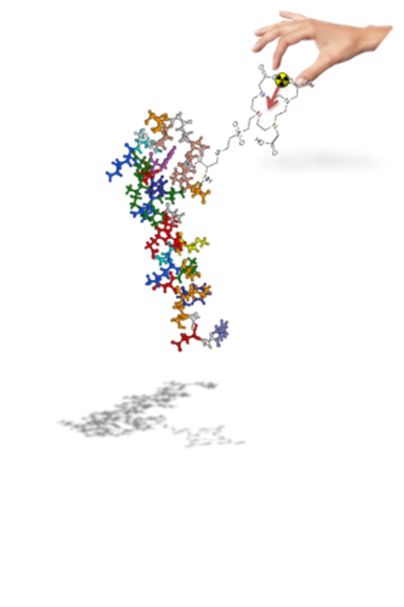 In our radiochemistry laboratory we will help you design and radiolabel molecules for further studies. 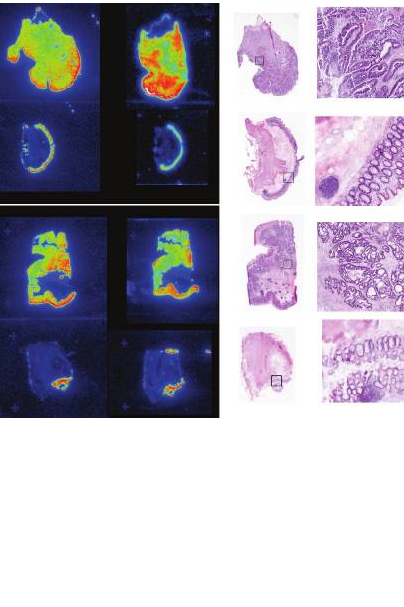 We have long experience and a well equipped in vitro laboratory for autoradiography and cell studies.

Do you need molecular imaging for your project? Contact us to design the study and utilize the  scanning equipment for PET, SPECT, CT and MRI.