Pharmaceutical substances are metabolized via enzymatic reactions in various organs of the body. In many cases, the drug metabolites are more pharmacologically active than the parent substance and sometimes even toxic. Our group studies metabolites that provide extended time of detection during doping control. We also focus on investigating the metabolism of potential doping substances that are not registered as drugs, but are available online. 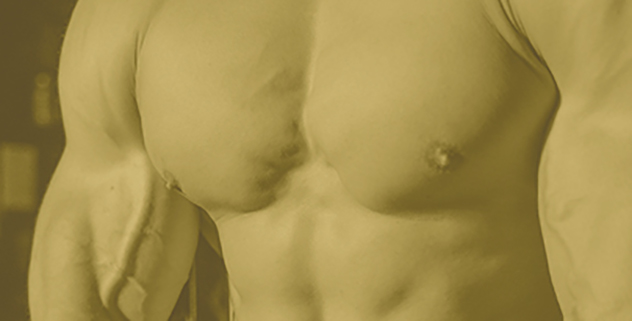 Four medalists from the Olymic Games in Athens 2004 lost their medals eight years after the games. How could that happen? Doping control samples from the Olympics are frozen and saved for many years during which time the analytical methods are refined and the possibility of finding prohibited substances are increased. In the urine samples of two of these atheletes, metabolites of the anabolic steroid oxandrolone were identified in 2012. This was not possible during the games in 2004, since these metabolites were unknown at the time. In 2012, the problem had been solved within a Ph.D. project in our group at the Department of Medicinal Chemistry in collaboration with the National Veterinary Institute (SVA).

An in vitro system consisting of a fungus of the genus Cunninghamella was used to synthesize two metabolites of oxandolone, in sufficient amount for full structural determination and use as reference compounds. Since these metabolites could be detected in urine for a much longer time after drug treatment than the parent compound, it could be concluded that the two athletes were doped with the anabolic steroid oxandrolone. Thus, they were disqualified and their medals were revoked eight years after the Olympic Games.

Drug substances are metabolized by enzymatic reactions in different organs in the body. The purpose of this process is generally to make the compounds more hydrophilic to facilitate excretion. However, there are several examples of cases where drug metabolites are more pharmacologically active than their parent compounds or even toxic. Thus, it is always important to investigate which metabolites that are formed from drugs and other compounds that we are exposed to.

Our group has a special interest in studying metabolites in conjunction with doping control. Many doping substances are metabolized to such a high degree that there are no traces of the parent compound in a urine sample taken just a few hours after drug administration. The possibility to detect metabolites can in many cases extend the detection time significantly. However, the prerequisite is that there is sufficient knowledge of the metabolite profile of the substance in question.

We are also interested in investigating the metabolism of potential doping compounds which are not registered as pharmaceuticals, but which are easily available on the Internet. One example of one such substance class is the Selective Androgen Receptor Modulators (SARMs). Metabolic studies are carried out in in vitro and in vivo systems and the identification of the metabolites formed are initially investigated with UHPLC-Q-ToF MS. For a full confirmation of the structures, we have also used NMR and synthesized reference material.