Universities and pharmaceutical companies in 13 countries are joining forces in UNITE4TB, an international knowledge consortium that will develop tools for new and effective antibiotic treatments against tuberculosis. "This initiative is necessary to meet the global threat we face," says Ulrika Simonsson, Professor of Pharmacokinetics at Uppsala University.

Every year, 1.5 million people die from tuberculosis, a disease on the rise after a long period of decline. Active tuberculosis is mainly treated with a combination of antibiotics, but rapidly increasing antimicrobial resistance is now causing increased mortality in several countries. To reverse the trend, Uppsala University and 29 more partners are launching UNITE4TB, an international consortium that will develop clinical trials of potential antibiotics and new treatments.

“This consortium unites leading universities and research-based pharmaceutical companies in the fight against a major global challenge. The initiator, IMI AMR Accelerator, has already organised several extensive collaborations focusing on antibiotic resistance. UNITE4TB is directly linked to ERA4TB, an ongoing effort to develop ten new antibiotic candidates. Our group at Uppsala University is the only one selected to participate in both consortia, which gives us a tremendous opportunity to work along two parallel frontlines,” states Ulrika Simonsson, professor of pharmacokinetics. 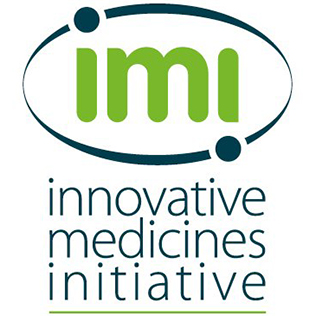 Tuberculosis is an airborne infectious disease that spreads via microscopic droplets in cough and spit. Close to a quarter of the world's population is estimated to carry the bacteria that causes tuberculosis and nearly ten million people fall ill each year. Tuberculosis occurs mainly in Southeast Asia and southern Africa, but in terms of the proportion of patients who cannot be treated with antibiotics, Eastern and Central Europe dominate.

“Since the 1960s, only three new drugs have been developed against tuberculosis. This is far from enough, which makes UNITE4TB a necessary initiative to meet this global threat. ERA4TB already has two substance candidates underway, and our research environment in Uppsala will formulate mathematical models to design optimal clinical studies and calculate the outcome of these,” says Ulrika Simonsson.

The UNITE4TB consortium is granted EUR 185 million and will operate for seven years on four continents. The goal is to develop clinical phase 2 studies that will accelerate the development of new drugs and dosage recommendations against tuberculosis. Tools that can in turn pave the way for therapies with enhanced action against various forms of resistance and comorbidity.

“That IMI AMR Accelerator has earmarked a significant part of the funding for postgraduate education confirms that they have a long-term strategy. In Uppsala, we will recruit PhD students to strengthen our group within AI and machine learning in addition to clinical data modeling, competencies that we need to analyse synergy effects in combination treatment with antibiotics. The fact that our work within UNITE4TB also aligns with the Government's research and innovation bill makes me feel optimistic about the future,” states Ulrika Simonsson.