Uppsala University's pharmaceutical operations is constantly exploring new frontiers: From Linnaeus' excursions to our boundless commitment in numerous international consortia. Today, the Department of Medicinal Chemistry is a vital and central part of the work for a healthier world. 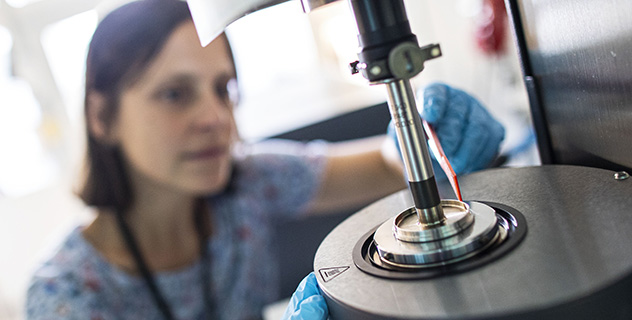 Uppsala University's pharmaceutical research has a long and successful history, dating back to the 1620s and the founding of Uppsala's Faculty of Medicine. At that time, pharmacy, medicine and botany were practically the same science, making the most famous among our researchers Carl von Linné, Professor of Medicine.

On 1 July, 1968, Farmaceutiska Institutet (Pharmaceutical Institute) joined Uppsala University, a fruitful marriage that resulted in Sweden's first - and still only - Faculty of Pharmacy. The number of departments increased rapidly, and in 1992 a reorganisation turned eleven small into three large departments. The relatively short-lived Department of Pharmaceutical Chemistry was founded here, before researchers of analytical and organic pharmaceutical chemistry and pharmacognosy in 2001 merged into the Department of Medicinal Chemistry.

Our department's first two decades include both scientific achievements of great significance and colorful personalities. Among our many prominent researchers are Anders Hallberg, Professor of Medicinal Chemistry and Vice-Chancellor of Uppsala University 2006–2011, and Mats Larhed, Professor of Medicinal Chemistry and current Vice-Rector at the Disciplinary Domain of Medicine and Pharmacy, a collaboration that since 1999 further consolidates our close ties to healthcare.

The Department of Medicinal Chemistry of today is a very stimulating scientific arena. Our research environments attract promising doctoral students whose contributions are central to our efforts to achieve results of the highest quality and relevance. Our expertise is sought after in the global pharmacy and our employees hold key assignments in numerous international consortia. It is with a prominent position that we continue to develop our operations following a clear vision: to contribute to a healthier world.

Important years in our development